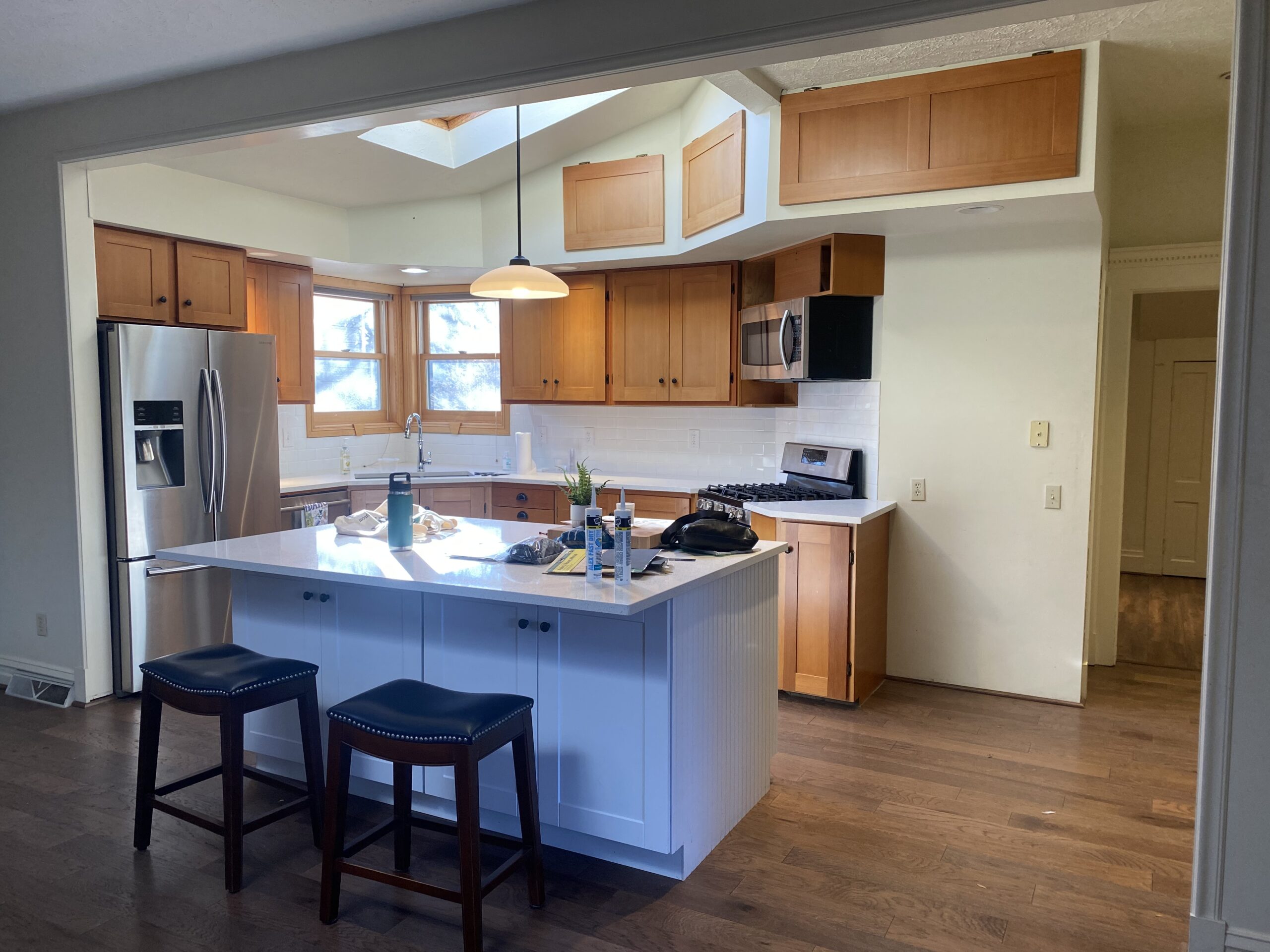 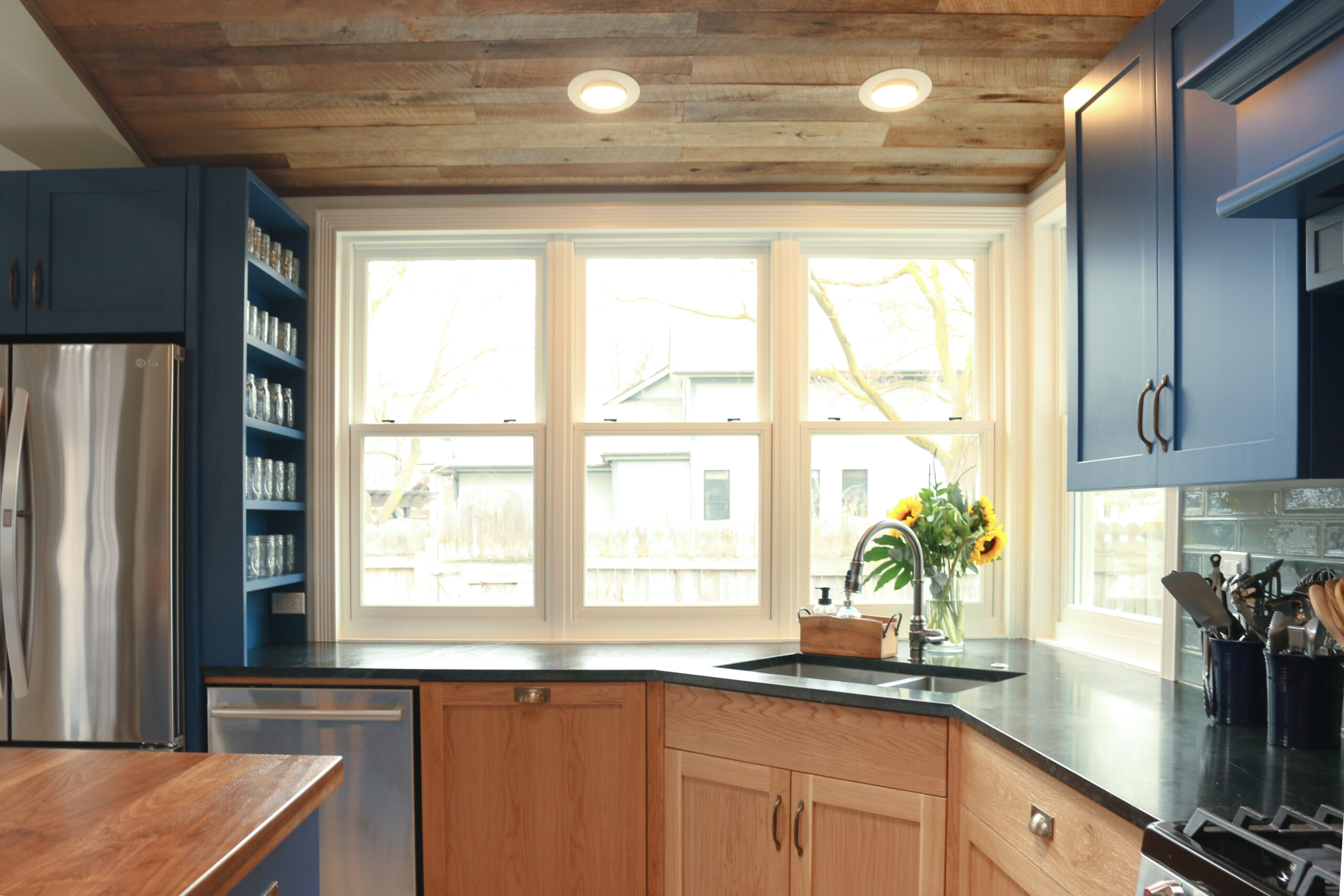 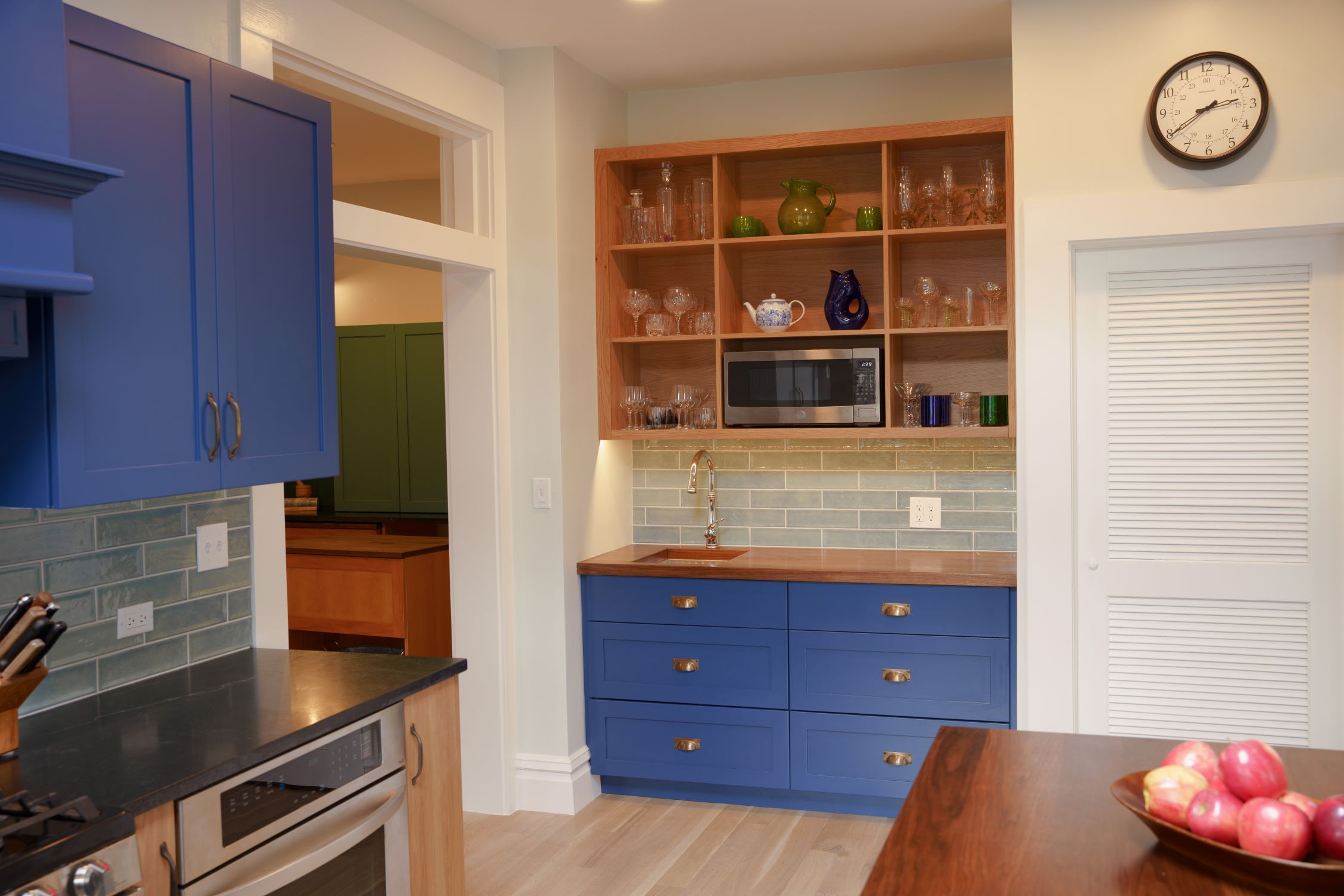 There were two particular rooms that the client had a vision for – two small rooms, one a passthrough from the front entry into the main living space, and a second room off of that one – the homeowners felt it made no sense to turn these into wasted ‘hallway’ or simple storage rooms.

They were inspired by their time in Europe, particularly in 19th century homes that featured rooms known as larders. In larger homes, these larders acted as prep spaces for the kitchen, and as a homeowner who loves to bake, garden, and cook, the client fell in love with creating larders of her own in her home. 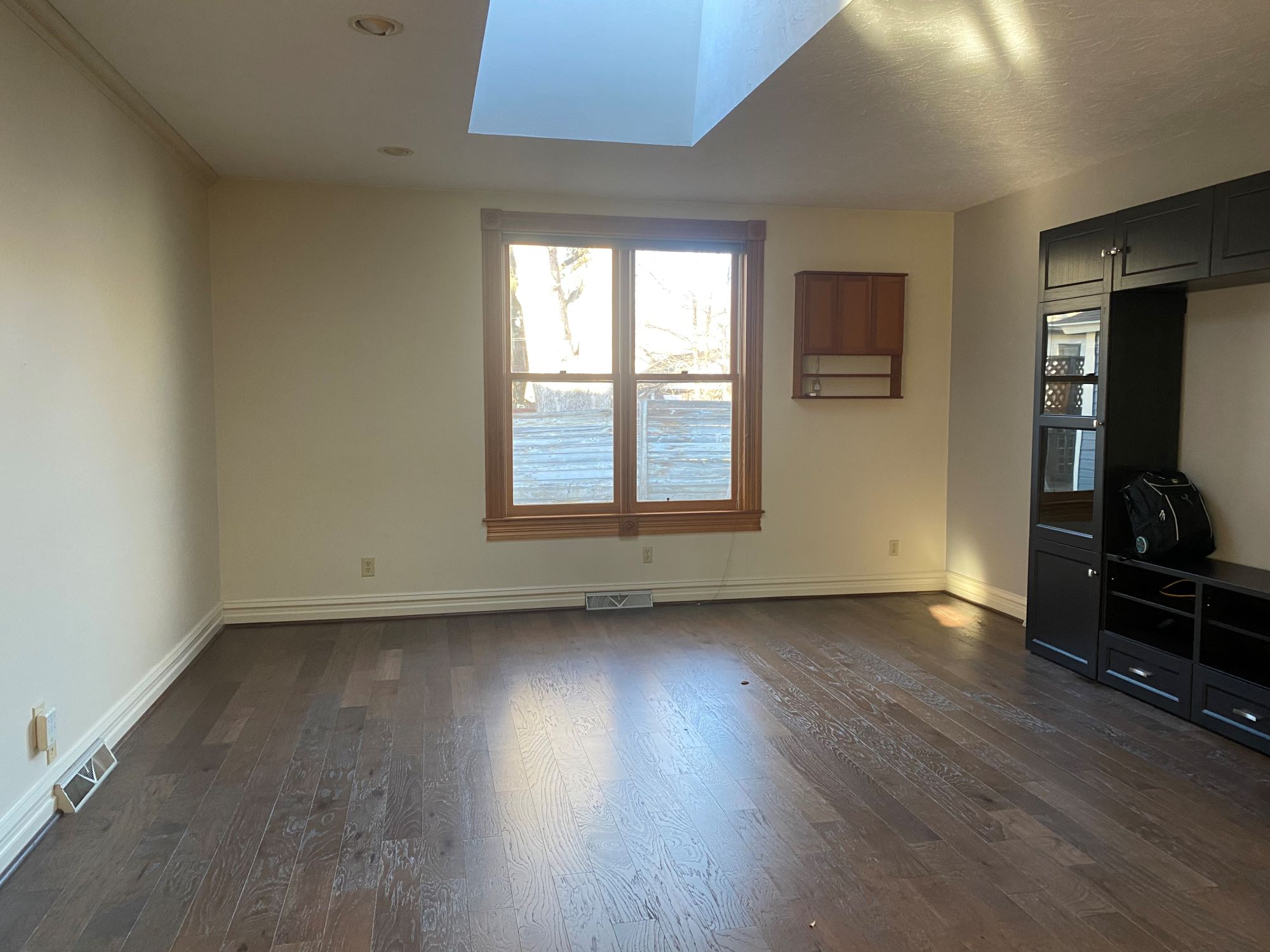 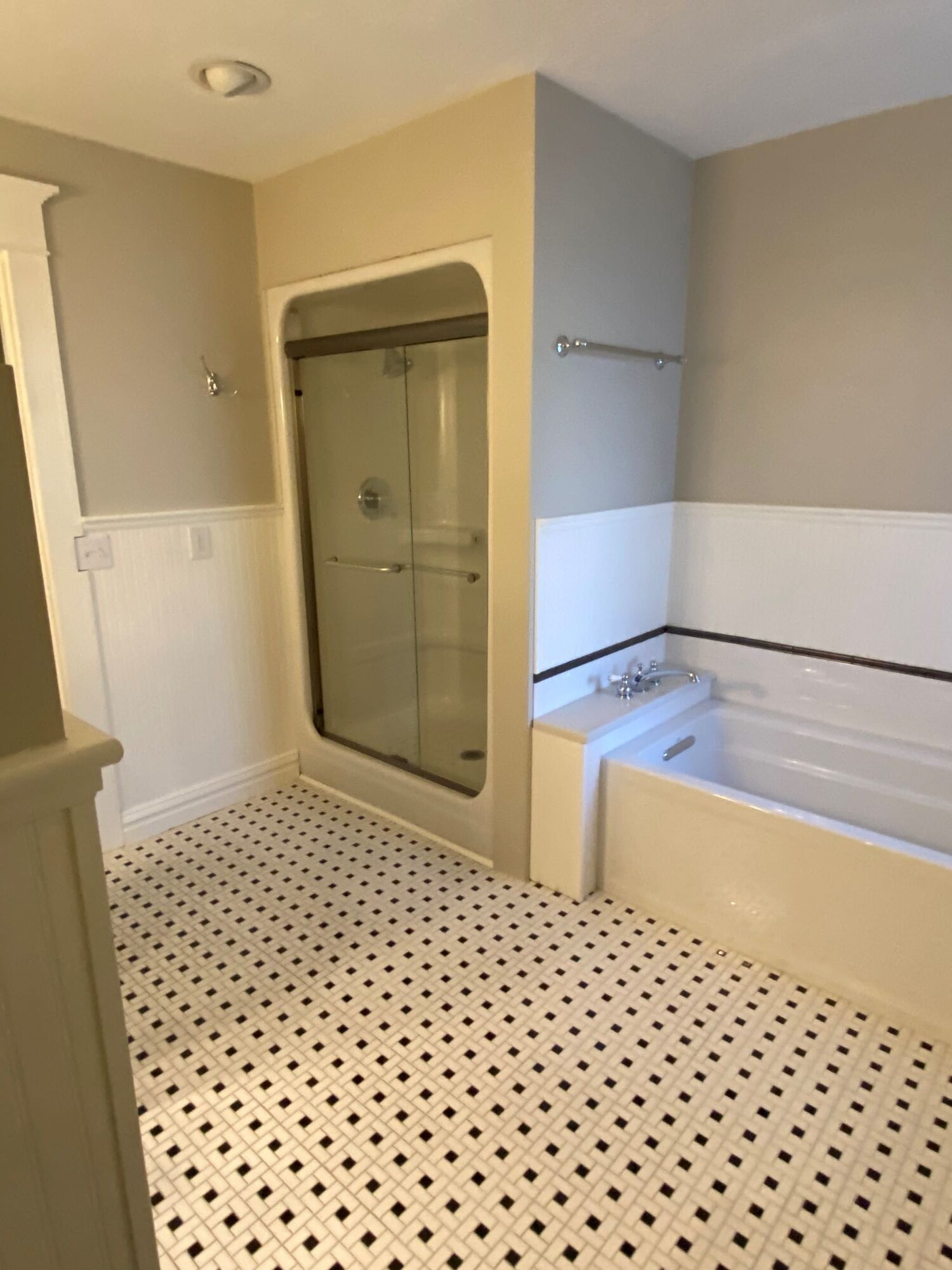 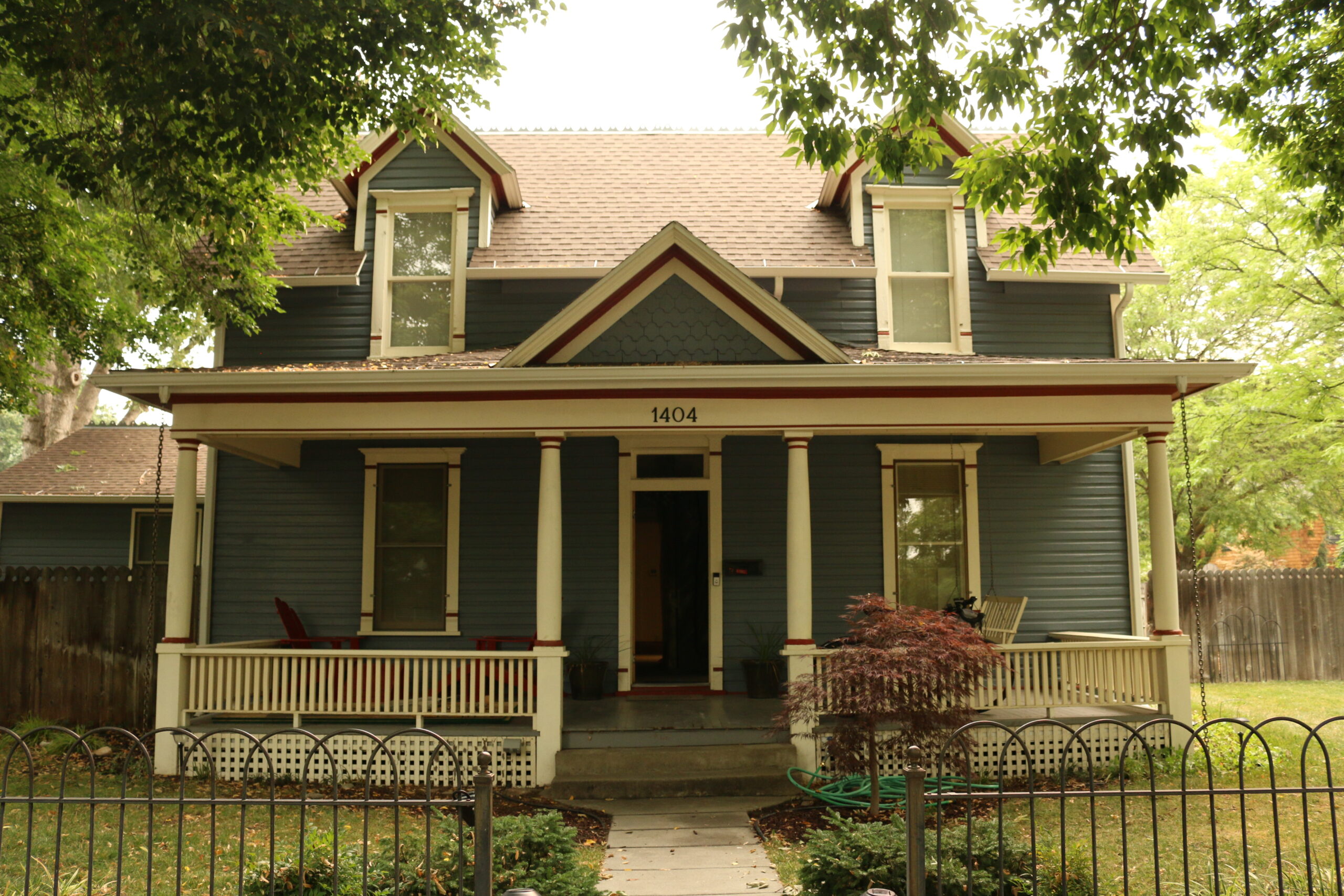 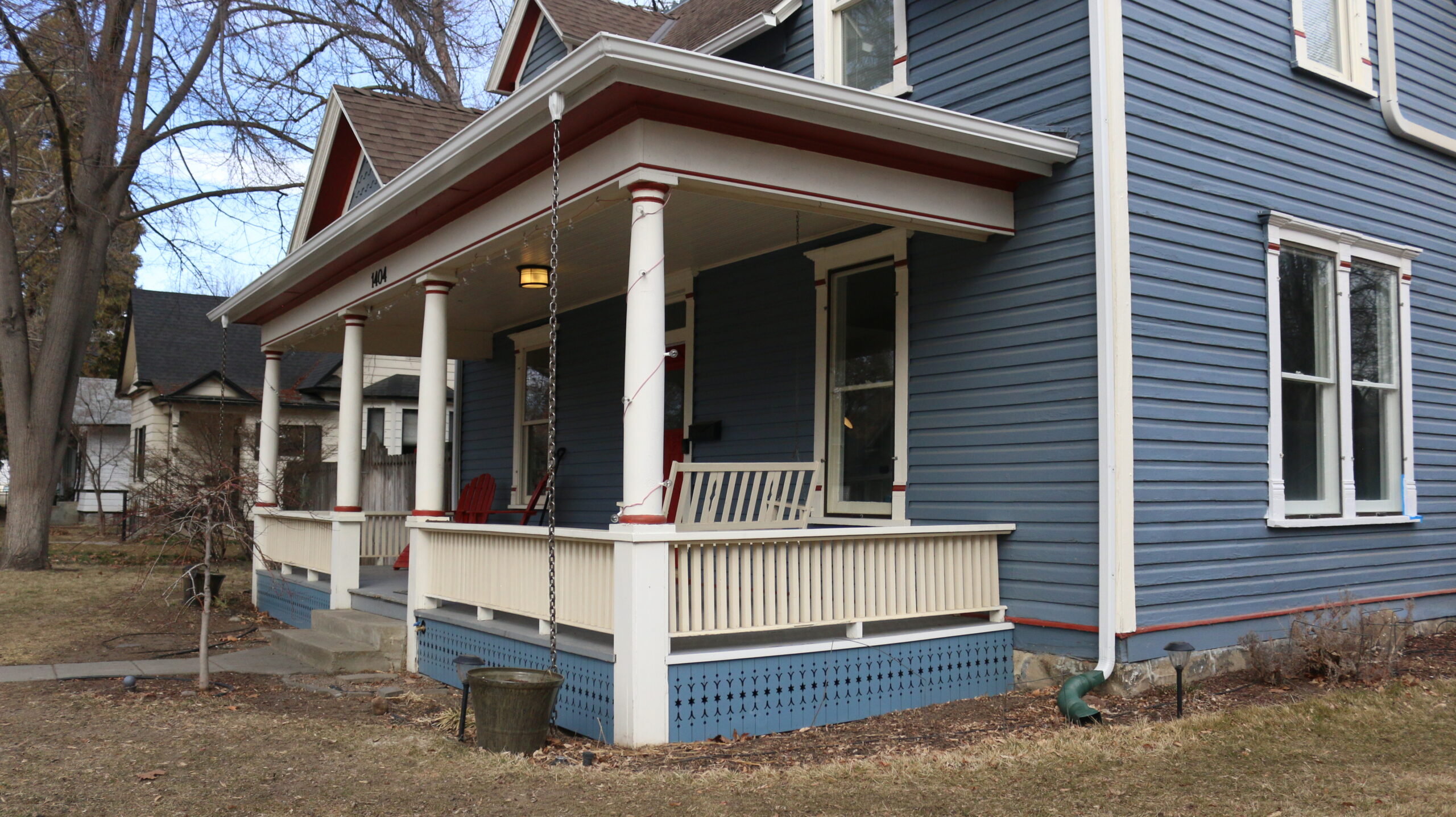 Back to Our Portfolio

One of the main challenges of renovating a historic home is preserving and protecting the features of the home that contribute to the home’s character, particularly when a home has been grafted onto with numerous additions that detract from that historic heritage. This is precisely what Ethos faced when taking on this historic home remodel in 2021. 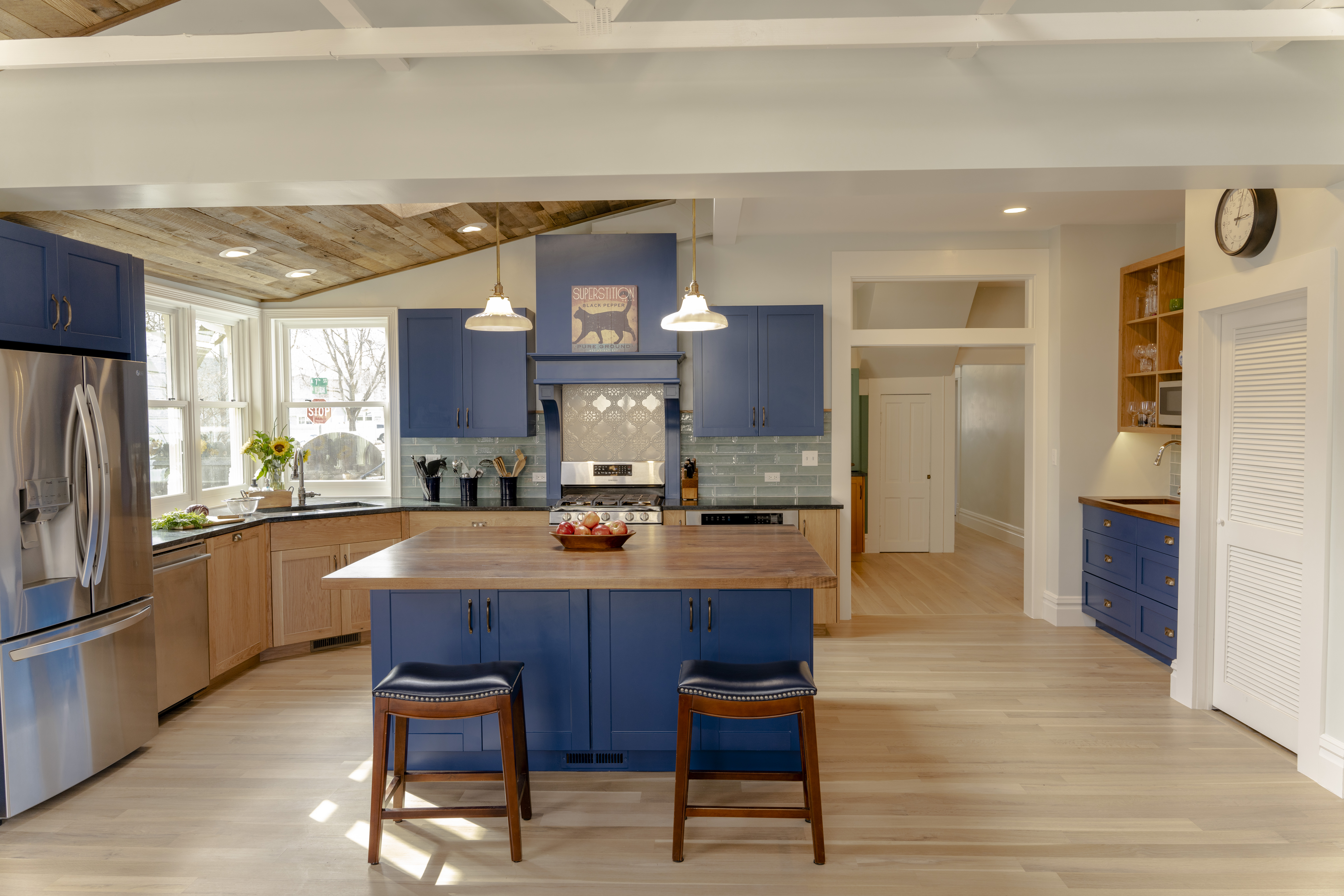 The client’s goals were to create a home that felt historic, warm, and lived-in – a complete rejection of the modern, “white and gray aesthetic” that is popular today, in their words.

Since this is intended to be their forever home, they were also less concerned with building to a particular ‘resale value’; they wanted to remodel in a way that made sense for them, while also honoring the historic character of the home. 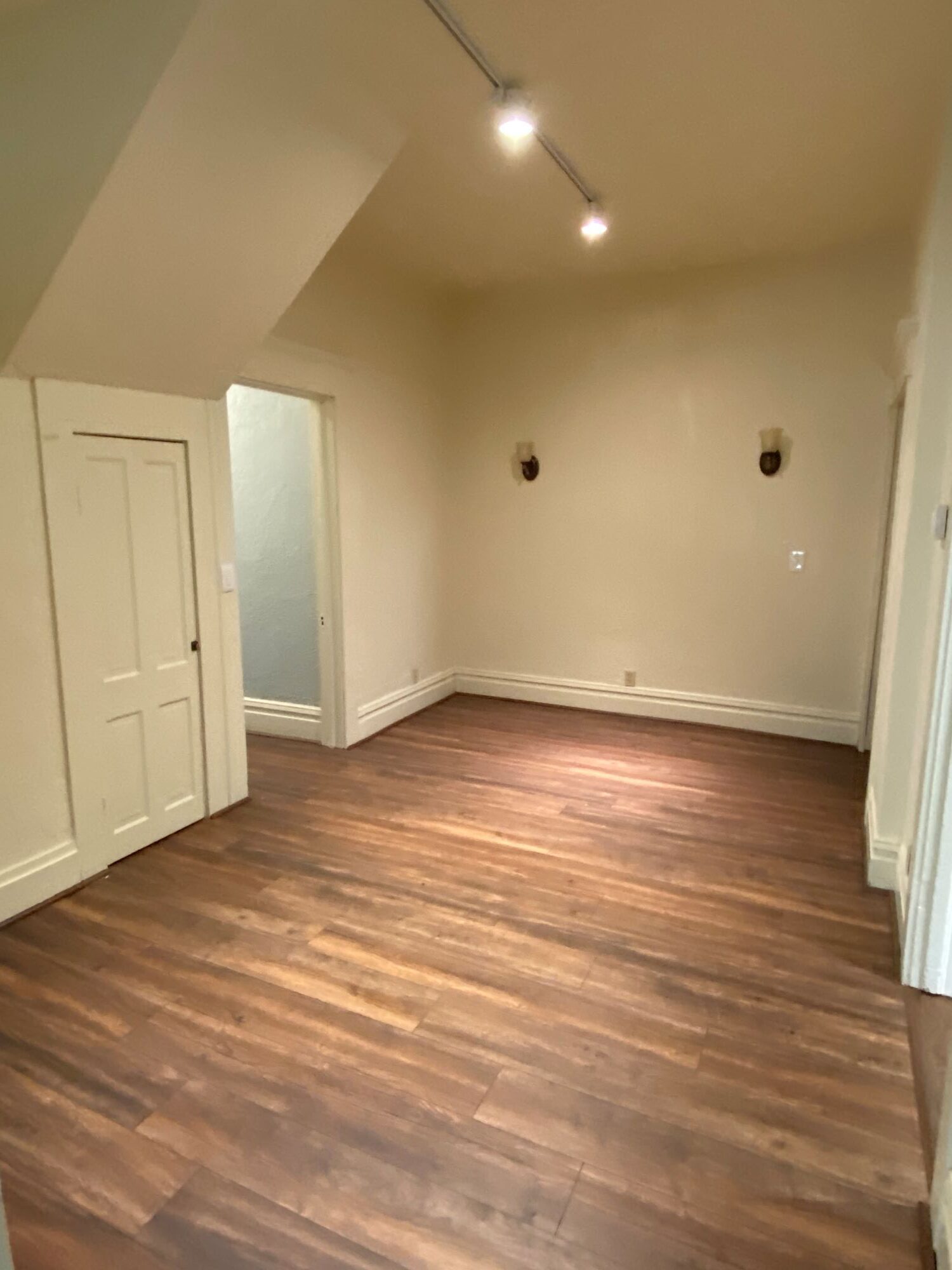 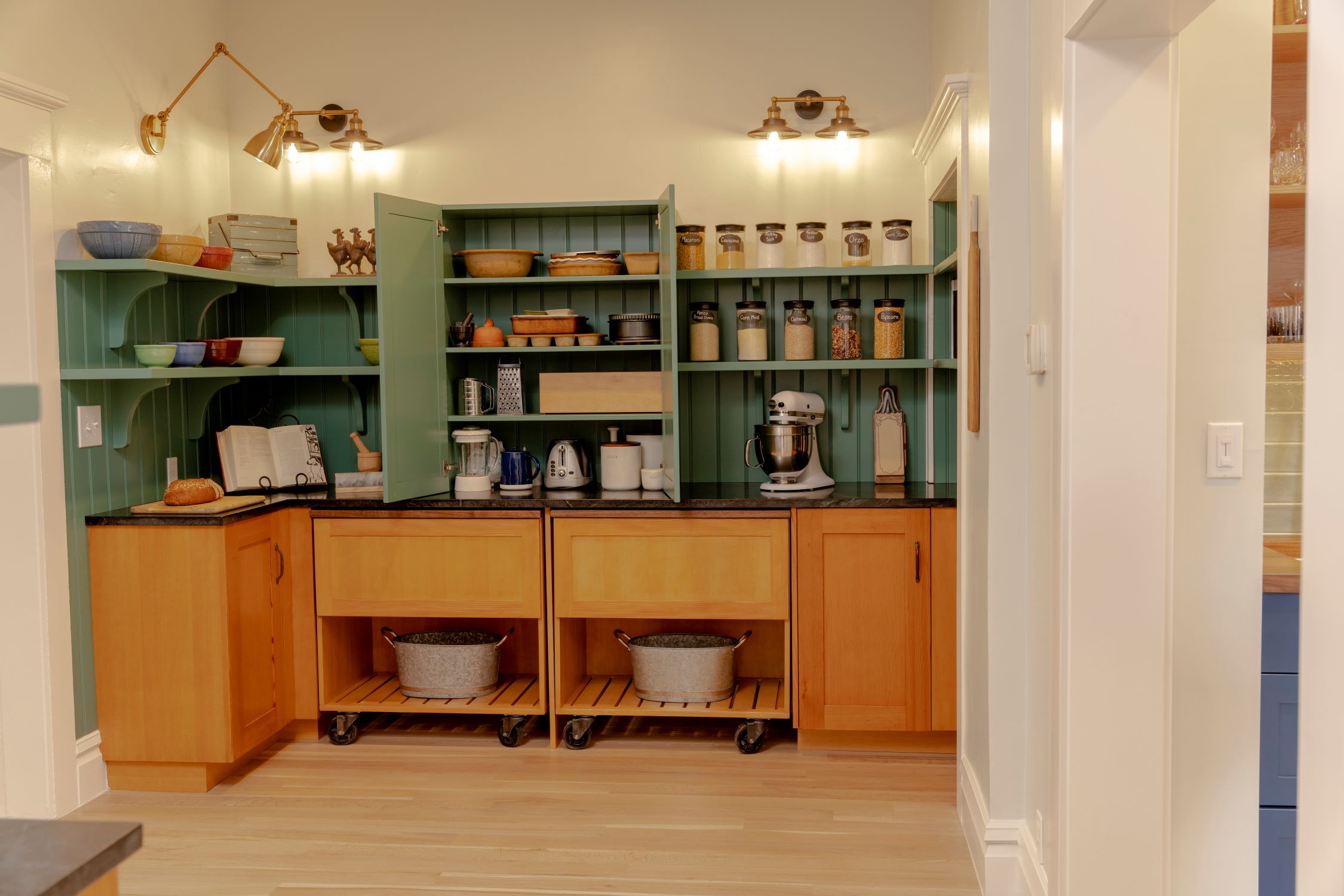 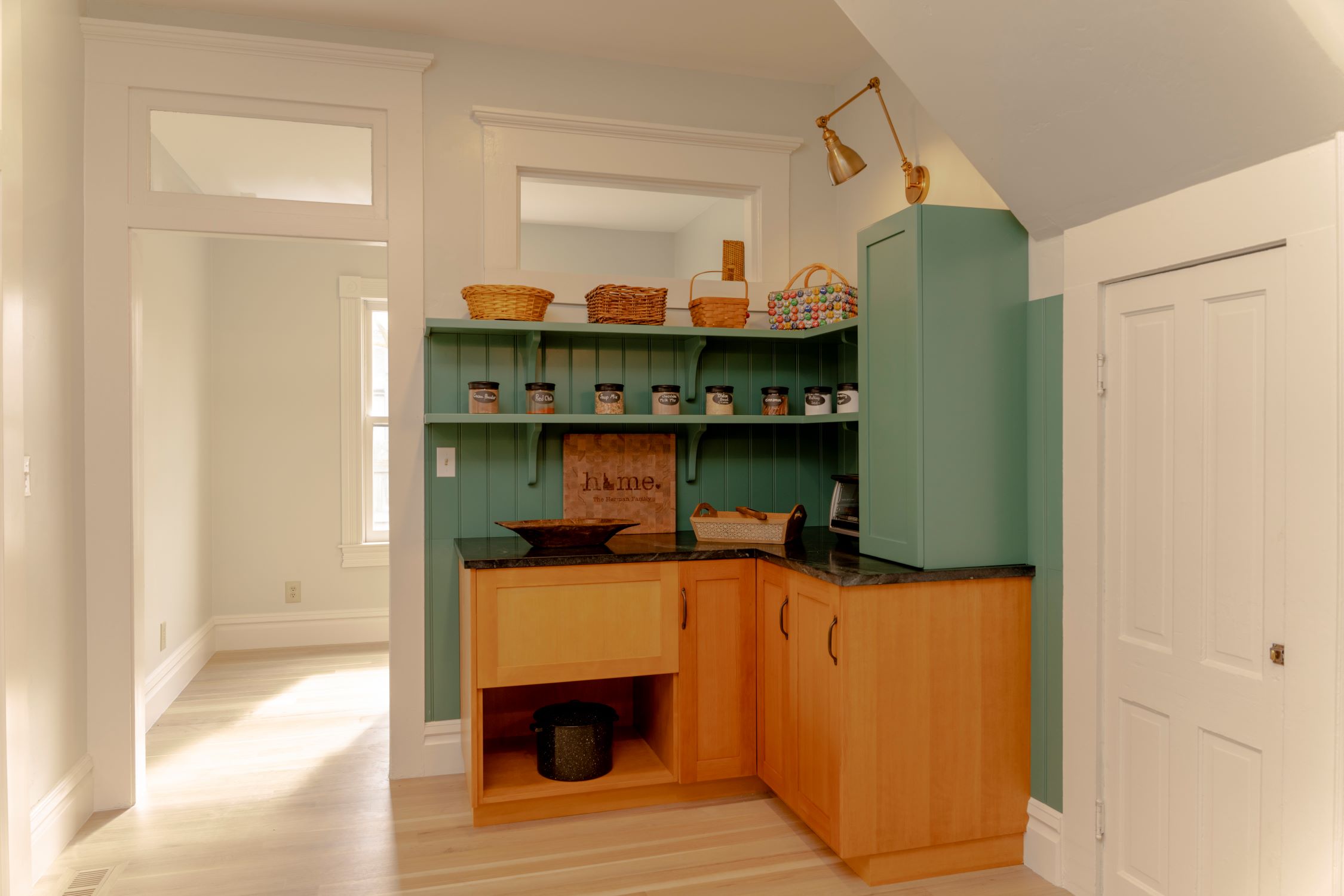 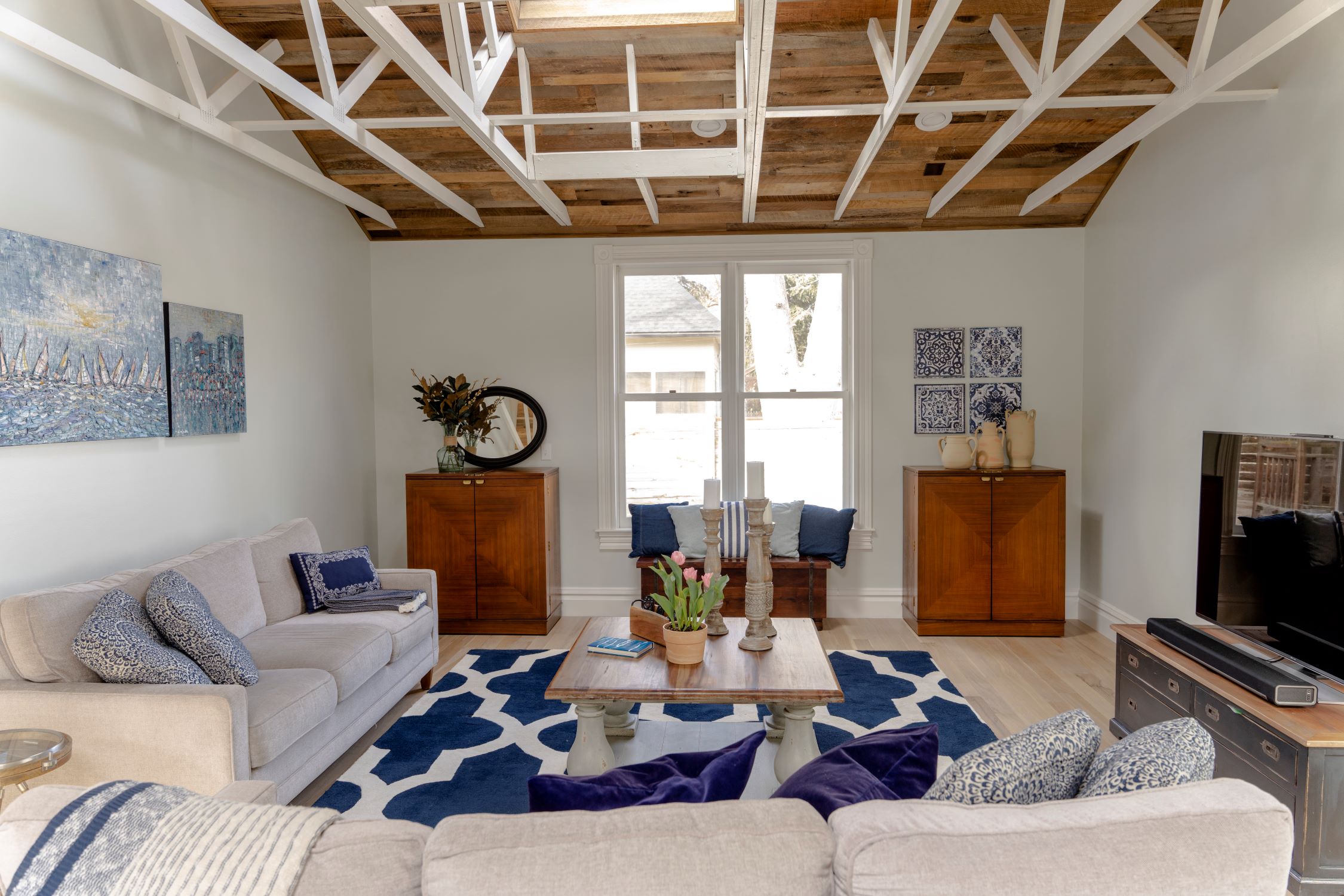 The newly opened ceilings with the rich wood texture brought light and life to the kitchen and main living space, and the historic trim and period light fixtures (updated from gas to electric) added throughout the remodeled spaces brought back the lost character of this historic home.

New trim throughout the home was added by creating a custom-shaped carving knife, templated from the original historic trim that remained in the home. 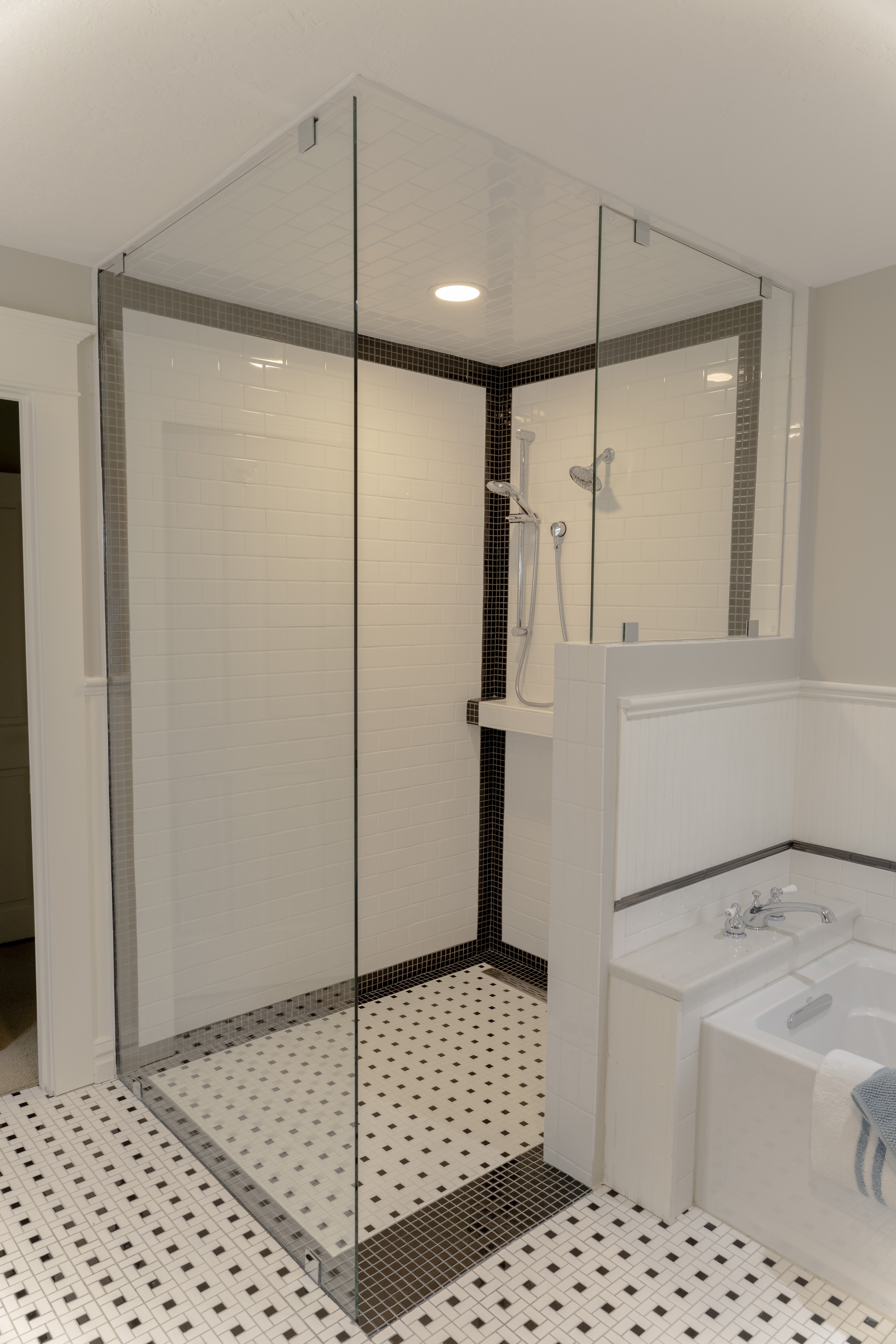 On the exterior, custom-cut skirting panels based off of a historic design replaced the cheap lattice skirting on the existing front porch.

Custom exterior window trim, also created from custom tools templated from the original historic trim, was added to all new and existing windows to bring cohesion back to the exterior of the home.